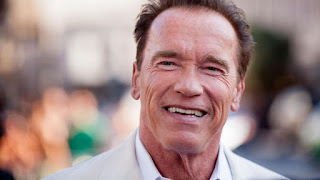 With a reporting of the social media, the famous actress…
and former governor of California succeeded with 3 questions and a simple example to put things in their proper dimension in the issue of climate change.
In the last few days on the occasion of the summit on climate change in Paris, have written thousands of articles and have analyzed hundreds of statistics that show that a large percentage of the population of the states in the West and not only, disagrees with the fact that there is the problem of climate change. In all of these Arnold replied succinctly with a post by writing “I don’t give a f@@k If we agree on climate change” (I don’t give… a fuck if we agree on climate change), and then a few days ago with a posting on Facebook he’s put things in proper perspective about what’s at stake at COP21 in Paris.
See what he wrote:
“Firstly: do you believe and agree that every year 7 million people die in the U.S. from environmental pollution? This number is greater than the combined victims of murders, suicides and road traffic. Every day of 19,000 people losing their lives because of fossil fuels. Accept the fact that children all over the world will have to grow up breathing with specific inhalers? And now my second question: do you believe that coal and oil is the fuel of the future? Apart from the fact that destroy our lungs, we all agree that someday will be exhausted. What is your plan if that happens? And now I have one last question that will take some imagination to answer. There are two doors. Behind door number 1 is a well sealed room with a conventional gasoline car. Behind door number 2 is an identical room with an identical electric car. The engines of both car work at the full house I Want you to pick which door will open, enter the room and close the door behind you. You will have to stay in this room for an hour. You can’t close the machine. You don’t have a gas mask. I’m guessing everyone would choose door number 2 with the electric car, right? The door number 1 would be a fatal choice â€“ Who wants to inhale these fumes in? This is exactly the choice required to make the planet at this time.”
Source