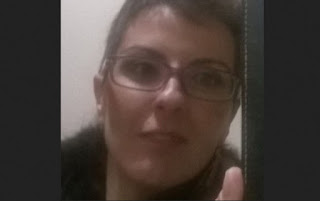 The husband of 37Ï‡ÏÎ¿Î½Î·Ï‚ ÎµÎ¾Î±Ï†Î±Î½Î¹ÏƒÎ¸ÎµÎ¯ÏƒÎ±Ï‚ Î‘Î½Î¸Î®Ï‚ Î›Î¹Î½Î¬ÏÎ´Î¿Ï… from Velvento, which describes what exactly happened on the night of Saturday, where it lost the trail of his wife.
After a telephone communication that we had with us said the following:
“My wife is from the Saturday afternoon it seemed that something was bothering her, he was overwhelmed and the justification was that they had a fight the kids. Around 21:30 on Saturday night he told me that he would go out and around 10 than went out for a drink as he told me. I had fallen asleep, I didn’t see her coming. At 23:00 in the night, I woke up and saw that it didn’t come back, but I wasn’t worried because he had only been an hour.
In the morning I found that I was back, I started to get worried and called the Police. I took it with her personal items, money, cell phone, or clothes.
He had a broken leg, he had taken off the Manufacture of the plaster, and it was with the splint. Of course, he pulled out and the splint, even though the doctor told her to not take it off until Wednesday (tomorrow that is) and was walking with crutches”.
Finally note, according to what said the husband of the 37Ï‡ÏÎ¿Î½Î·Ï‚ missing in KOZANILIFE.GR, that I can confirm the information for Sunday morning, where residents of Velvento, claim that they saw her with a bag of tangerines. Also added that his wife has not been away from home and this is what worries him the most.
Source