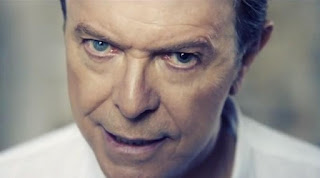 If you believe that the eyes of David Bowie were a different color you have been a victim of a myth…
Read the following 10 things about the artist that maybe you didn’t know.
1. He didn’t like the tea
When she was 5 years old, his parents took him to the Thames for a ride on the tourist riverboats. There they offered him a cup of tea, hard-boiled, which had acquired a bad taste. It made her sick so that never again wanted to try to drink English tea. On the contrary he had tried japanese green tea and he liked it.
2. A spider got its name at least
This is the kind of Heteropoda davidbowie, who lives in Malaysia and has orange color.
3. His eyes were the same color
Despite what he thinks, the whole world, David Bowie does not have heterochromia eyes. His eyes had precise the same shade of blue. The impression of a different color was a mirage that was due to an accident. In particular, during a fight over a girl, a classmate was hit with the fist of the Bowie in the eye, causing the iris to stay forever dilated.
4. The moon landing made him famous
The BBC had the idea of “dress” of musical footage from the first mission to the Moon in 1969 with the track “Space Oddity” that had just released young and unknown artist.
5. He was born on the same date as Elvis Presley
The Bowie was born on January 8, 1947, just 12 years after the king of Rock and Roll.
7. Many people pronounce his name wrong
The correct offer is Bowie not Bowie
8. He turned down the offer of the Queen to become a knight
In 2000 he was offered the honorary distinction of Commander of the order of the British Empire, but rejected the offer because he did not know what the cost will be… Three years after he was offered a similar distinction, which also rejected it.
9. He was a pioneer in the placing of tracks via the internet
In 1996, the song “Telling Lies” was made available by the personal website for direct download. At that time there were no broadband connections to the internet and each user needed at least 11 minutes to down the track.
10. Founded his own internet company
In 1998, the internet makes it’s first steps in Britain with very low speeds, but David Bowie can distinguish the future of this technology. Founded the company, service provider, BowieNet, which was maintained until 2012. With Â£ 10-a-month subscribers getting free capacity of 20MB for to create their own web pages, and other unique privileges, such as exclusive chats with the artist and download his songs before release to the trade.
11. He was a champion of… long hair
In 17 of the Bowie, known then by the name of Davy Jones had taken part in a broadcast of the BBC as the founder of the “Association for the Preservation of Long Hair in Men”. It was 1964, and then the long hair had not yet become a habit and fashion.