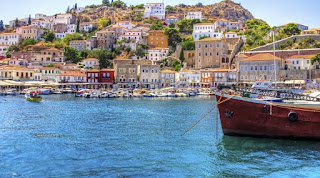 The Greeks of Australia are asking not to be taxed their family in Î•Î»Î»Î¬Î´Î±Î”Î¹Î±Î²Î®Î¼Î±Ï„Î± in Greece so as not to be taxed on the parental homes…
inherited there, the expats, the Federation of Greek Orthodox Communities of Australia Representations in Greece so as not taxed the paternal houses that they have inherited there, the expats, the Federation of Greek Orthodox Communities of Australia.
This was decided at an extraordinary meeting of members held in Melbourne, according to the newspaper “New World”
“We’re not talking about all the properties that have been expats in Greece. We’re only talking about the ancestral home in the village where they were born and which helps preserve religiously in order to not lose the root of their origin. And only if it is empty and I don’t take advantage of it,” he said in the “New World” the president of the Federation, Grace Danalis.
Mr Danalis, stated, even, that the part of the communication that was published in the “New World” of the Fifth with regard to the vote for the greeks does not correspond to reality.
The notice indicated the following:
“For, the right to vote to immigrants, the Federation considers that, not only is it meaningless for the Greek immigrants living outside of Greece for many decades, but it is even dangerous to decide on the fate of the Greek people, people who don’t live, I don’t know the Greek reality and not affected their life from the Greek what is happening”.
Mr Danalis said that this is the view of a ÏƒÏÎ½ÎµÎ´ÏÎ¿Ï…, filling in: “We want to be given a vote, but it remains to be seen how exactly”.
At the meeting they also discussed the main national issues of Greece, Cyprus and the sea. The Federation stands in solidarity on the side of the people of Greece that resists and struggles to survive in an unprecedented economic crisis.
In Cyprus, the Federation has reiterated the settled position for immediate withdrawal of Turkish occupation troops from the island.
The Federation also discussed the issue of multiculturalism in Australia, and it was decided as made representations to the Federal Government of Australia for the continuation of the doctrine of the Greek language, but the main languages of the nationalities within the national educational system of Australia, adequate funding and a continuation of the learning of the English language for the Î½ÎµÎ¿Î¼ÎµÏ„Î±Î½Î¬ÏƒÏ„ÎµÏ‚, the adequate funding of the services of interpreters and translators, sufficient funding of immigrant nationalities for the continuation of the languages and national traditions and the support of the media of mass communication.
It was decided that the cooperation with organisations representing other nationalities in Australia, but mainly with the Federation of Councils of National Communities of Australia (FECCA) to promote the above requests.
Finally, was discussed the issue of the influx of new immigrants from Greece due to the economic crisis. The Federation stressed the need to support the Greek Communities of new immigrants.
Source