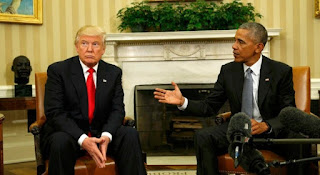 The close advisor to…
the president-elect of the united states, Donald Trump, ÎšÎµÎ»Î¹Î¬Î½ Conway, criticized today the sanctions imposed by the White House in Russia, whereas the objective of the incumbent president Barack Obama is to embarrass his successor.
“I don’t think that even at the height of the Cold War, to be expelled the country, so many agents,” said Conway in an interview given to the tv network CNN.
According to Conway, many believe that the sanctions are intended to “squashed” the Trump and to limit the margin of manoeuvre towards Russia when it will take over the presidential office on 20 January. “It would be unfortunate if the main motive (the sanctions) was a political. Doesn’t work that way for a peaceful government in our great democracy,” he continued.
However, when asked if Trump would lift the sanctions, Conway refused to answer.
According to the Kremlin, in the new year’s message to Trump Russian president Vladimir Putin expressed hope the two countries to improve their relations after the inauguration of tycoon.