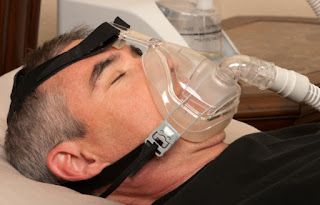 The syndrome of sleep apnea (OSAS) or apnea syndrome as it is called is a quite a serious and frequent disorder that affects all ages and both sexes…
What exactly is the apnea syndrome?
This is recurrent episodes of cessation of breathing during sleep. Sufferers have intense snoring that is interrupted by episodes of apnea. This happens throughout the duration of sleep resulting in impaired oxygenation of the blood, heart rhythm disturbances and micro-awakenings, with the consequence that it destroyed the normal structure of sleep. Apart from the intense snoring and restless sleep there’s even, daytime fatigue and sleepiness, difficulty waking, morning headaches, irritability and a general change in the character and sexual dysfunction-impotence.
The consequences of apnea are many and serious and should be diagnosed and timely treatment.
The diagnosis is made with the so-called “polysomnography sleep study” where during the night of sleep the patient is connected to a machine which records the various parameters.
The sleep study is done in the Pulmonary Clinic of the Hospital of Rethymnon, in a landscaped area.
For the examination of appointments with the director of the Clinic, Konstantinos Kallergis, 10-12 am. daily in the working days to the phones 28310 87194 or 28310 87331.
The Management of the General Hospital of Rethymno