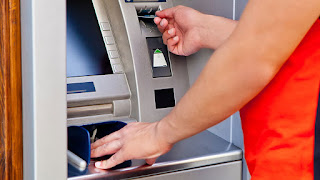 The image of deep mistrust of the Greek depositors across the street…
banks describes the German financial newspaper Handelsblatt, in response from Athens, noting that the Greek financial institutions are in a vicious circle.
“Despite the control of movement of capital in the last six months, the continued leakage of deposits, in the case of a relaxation of controls could lead to even larger losses of deposits” says the German correspondent. “As long as they continue to apply the restrictions, it will be impossible for the banks to increase their deposits. The key is to accelerate the implementation of reforms, as pointed out yesterday the head of the Central Bank of Greece Yannis Stournaras”. The German journalist reports and specific items. That, in November 2015, the reserves of banks have touched only the 120,9 billion euros, which represents the lowest level of the past 12 years. Only since the governance of the country took Alexis Tsipras, the January of 2015, it recorded a loss of 22 %.
“The banks owe their existence to the controls of movement of capital, but in the meantime, this rescue tool has turned into a curse,” notes the columnist. “As long as they continue to apply the controls of movement of capital, reduced the readiness of the Greeks to trust their money to the banks (…) A new ‘bank run’ would be the last thing I needed Greece”.