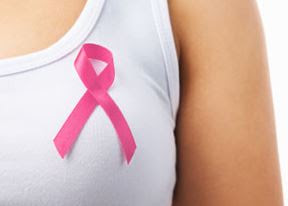 Read the announcement: “The prolonged bad psychological condition of a woman from a set of aggravating the stressors of causes, “pandering to” the appearance of breast cancer, as recently revealed in an interview with the assistant Professor of the University of Athens, ÎœÎ±ÏƒÏ„Î¿Î»ÏŒÎ³Î¿Ï‚-Oncologist and President of the Hellenic society of ÎœÎ±ÏƒÏ„Î¿Î»Î¿Î³Î¯Î±Ï‚ Dr. Lydia Ioannidou-ÎœÎ¿Ï…Î¶Î¬ÎºÎ±.
Mrs ÎœÎ¿Ï…Î¶Î¬ÎºÎ± expressed fear for the possible increase in the frequency of breast cancer in Greece because of the prolonged psychological load experienced in the last years women in our country, based on the internationally accepted view that the prolonged mental tension in the woman ÎµÏ…Î¿Î´ÏŽÎ½ÎµÎ¹ the development of breast cancer.
Having published from 1986 â€“an era where a corresponding point of view was terribly limited, not to say to nonâ€“ study of approximately 2,000 cases of women â€“cancer patients and non – identified and supported the connection of the psychological load with the appearance of the ÎºÎ±ÏÎºÎ¯Î½Î¿Ï…Ï„Î¿Ï… breast. Factors which indicate that the prolonged effect is causing mental tension is the bad behavior of a spouse or other family members, unexpected change in lifestyle, children with health problems, death of a loved one, financial problems, and deficient or non-existent sex life.
If there are stressful times in which factors, then, it becomes clear that the regular screening of the breasts with mammography is most imperative. In terms of regular self-examination of women, mrs ÎœÎ¿Ï…Î¶Î¬ÎºÎ± notes that “international experience shows that women who undergo regular self-examination â€“i.e., monthly examination and palpation of the breasts by the sameâ€“ helped significantly in raising awareness against the diseases of the breast, and therefore in cancer”. “Women,” he continues, ” you need to be aware that any palpable lumps in the breast does not imply that it is and cancer. Nine out of ten cases in which the palpation highlight nodule, NOT cancer.”
“But of course,” he adds, “with the self-examination women are not able to discover small cancers the size of a few millimetres, so it is necessary the preventive examination with mammography and supplementary ultrasound, so if there is cancer discovered in the small size, most of the times avoided the mastectomy and would not require then other complementary therapies”.
The planning and implementation of a National population control in our country will be a very cost-effective effort, which will contribute to the greater survival of women but also to the much needed reduction of the costs for the treatment of breast cancer without degraded the quality of the services provided to the woman.
“Greece is unfortunately one of the four European countries in today’s E. E. that does not have a control population of women with mammography to combat breast cancer,” concluded the President of the Hellenic society of ÎœÎ±ÏƒÏ„Î¿Î»Î¿Î³Î¯Î±Ï‚.”