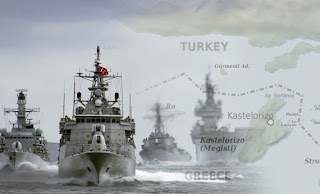 Omen with games tactical in the Aegean sea… the Anchor, following the consistent policy of causing tension and contesting Greek sovereign rights.

With a barrage of NOTAMS (ads to Î±ÎµÏÎ¿Î½Î±Ï…Ï„Î¹Î»Î»Î¿Î¼Î­Î½Î¿Ï…Ï‚), bypassing the Greek diplomatic “answers”, proceed -unilaterally and illegally – to the engagement areas between Rhodes and Kastelorizo for exercises of the Turkish navy from 4 January until the end of February.
The borderline Kastelorizo is located and the new year at the heart of geopolitical games and of the debt owed to Turkey’s active role in the eastern Mediterranean through challenges.
As is clear from official and unofficial sources, the Turkish authorities seized areas between Rhodes and Kastelorizo for exercises of the navy and the air force without actually fire (ASFAO), for the period between 4 January and 29 February 2016. The Russian travel agency Sputnik for the reaction of Athens
Rain… NOTAMS
Athens with the NOTAMS 2643/15 amended the coordinates that included the Turkish request, as duplicate and areas of the Greek airspace (in the area between 6-10.m). However, the Turkish authorities rejected the Greek NOTAMS and with the adoption of a new (Î‘5915/15) indicate that the Athens violates the regulations of the ICAO and that the aircraft which will participate in the exercise will not enter within the Greek airspace of the 6.m. and will not submit flight plans. By insisting on the conduct of the exercise as originally planned, the Turkish authorities declare that they will take it upon themselves all the measures necessary for the safety of air traffic and about the Greek NOTAMS “fully void”.
Athens is back on the 28th of December (NOTAMS Î‘2655/15), stating that he acted for the safety and regularity of international air traffic, as well as for the avoidance of intercept of the aircraft involved in the exercise for reasons of identification, in accordance with articles 3 and 12 of the Convention of the ICAO and international practice; also, to avoid misunderstandings about the extent of Greek airspace, as well as areas that were included in the original design of the exercise overlap with the Greek airspace. Turkish MEDIA publish images which show the island is just 7 kilometres from the Turkish coast
Turkey froze and areas for exercises with live ammunition in the period 12-16 January, while also committed the region to a similar point for aviation activity on 11 January (NOTAMS Î’2729/15).
The Greek authorities on 30 and 31 December rejected the two Turkish NOTAMS, as well as, while relating to the area of the FIR of Athens, there was no consultation with Athens for the commitment of the region.
The Turkey eventually with the NOTAMS Î‘5912/15, Î‘5913/15, Î‘5914/15 proceeded in a unilateral commitment of these major areas of the Aegean sea, stating that it undertakes all the necessary measures for the safety of air traffic.

AND BUT: To 80% of the vaping community cut off completely or reduce smoking significantly, according to a new official british investigation 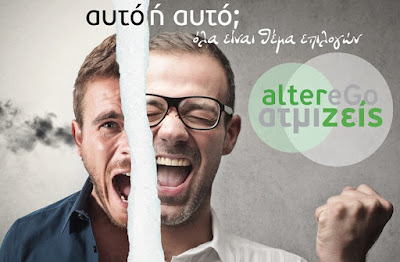 According to new research presented on 3 December 2015 at a meeting of the British Thoracic Community, the electronic cigarettes help to a large extent, the smokers of London, either to reduce or to stop completely the wrong habit…
Read more “