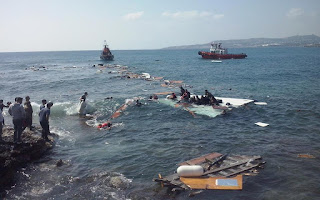 Revelation of the voluntary group…
rescuers from the city of Heraklion, which is located in the North Aegean sea and which it supports, and the Sailing Club.
As revealed, the captain Elias ÎšÎ¿Ï…Ï„ÏƒÎ¿ÏÎ¼Ï€Î±Ï‚ and the head of the group of Babis Simeonidis, speaking exclusively to the Radio 9,84 and Giorgos Sahinis, the time ÎµÏ€Î¹Î²Î¯Î²Î±Î¶Î±Î½ from a ladder into a bigger boat from their ship, 80 women, children and the disabled who had just been rescued, vessel of the Turkish coast guard entered the Greek territorial waters and started with dangerous maneuvers to create big waves with a risk of drowning on the ladder of refugees and rescuers!
The fact is indicative of the logic, the attitudes and the design which follows the Turkey in the crisis of the refugee.
In the meantime, thrill to cause the descriptions of mr. Koutsoumpa and Symeonidis, of the scenes daily taking place during the rescue operations. People of any age, worn out and sad arrive daily in our country, in an attempt to escape from the horrors of war and build a better life in the “paradise” that is Europe.