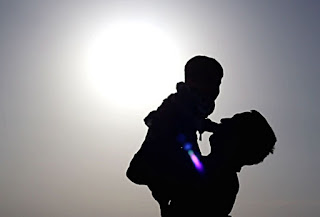 We chose some of the most beautiful quotes for dad, and we share with you with real emotion…
1. My father used to play with my brother and me in the garden. The mother came out and yelled: â€œyou’ll ruin the lawn!â€. And he answered: â€œwe don’t grow grass, boys grow up!â€- Harmon Killebrew
2. There are three stages in a man’s life: stage one: to believe in Santa Claus. Second stage: don’t believe in Santa Claus. Third stage: this is the same Santa Claus. â€“ Anonymous
3. The most important work that a father can do for his children is to love their mother -Theodore M. Hesburgh
4. When it comes to the time when a man realizes that probably his father was right about thousands of things, usually he has a son who thinks he’s wrong! â€“ Charles Wadsworth
5. It is supposed that any man can become a father. But it needs something more to become a â€œdadâ€ â€“ Anonymous
6. When I was a teenager, 14 years old, my father was so arrogant that I couldn’t stand him a minute. Oddly enough, when I was 21 I was quite surprised by how many managed to learn in just seven years! â€“ Mark Î¤Î¿Ï…Î±Î¯Î½
7. Really rich is the man that has kids running to hide in his arms even when his hands are empty-Anonymous
8. It doesn’t really matter who was truly my father, but who I remember how it was â€“ Anne Sexton 9. It is indeed commendable to go to a father and his son fishing. But there is a special place in heaven for the father who would take his daughter for shopping â€“ John Sinor
10. Good dads give their children roots and wings. Roots to feel where home is and wings to fly away freely â€“ Jonas Salk
11. Dads, love and accept your family members for who they really are, even if their personality is very different from your own. Rabbits don’t fly, eagles don’t swim, cats don’t have wings. Stop now with the comparisons. There is plenty of space for everyone in the forest! â€“ Chuck Swindoll
12. The stages in a person’s life: 4 years: my daddy can do anything! 7 years old: dad knows soo much! 8 years old: my dad doesn’t know that much. 12 years old: my dad doesn’t know what’s going on. 14 years old: my father? Let better! 21 years: Oh that man again in front of me! 25 years: he knows Something about the subject of my father, but not a lot of things. 30 years: I must find out what he knows, my father on the subject. 35 years: Before we decide let’s ask the opinion of the dad. 50 years: What we believed the father about this? 60 years: my dad Finally had a huge experience! 65+years: Oh, father! I wish you lived and we were talking today, just the two of us!
Source