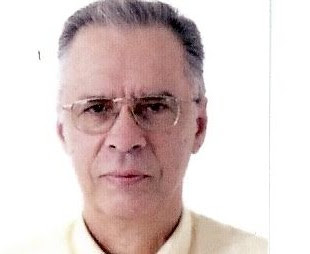 Kostas Rep. Î§ÏÎ¿Î½ÏŒÏ€Î¿Ï…Î»Î¿Ï…, Columnist -Î£Ï‡Î¿Î»Î¹Î¿Î³ÏÎ¬Ï†Î¿Ï…
Unfortunately, I do not propose, in practice, the (ÎµÎ¸Î½Ï‰Ï†ÎµÎ»Î®) establishment…
Features examples of:
1. Former Minister of PASOK and attending physician of the founder of the Movement in his book reveals that there was a serious (mental) health problem of the leader.
However, neither myself nor the other expert doctors, members of parliament and ministers of his colleagues, who were watching together the patient, they didn’t speak -as they ought – not informed (;). Instead, they masked the problem, and the country was run and directed by a mental patient (based on diagnosis) to which they gave drugs !!!.
2. Well-known journalist in his show on time, look appropriate (as to what, I wonder?) Prime minister, revealed , months after the holding of the elections of 2000, that he knew – so he, himself, and the others – that were illegally granting Greek citizenship of voters, and so won the PASOK in the elections. Justified, smug, non-disclosure (election) of the distortion as an act of …. of conduct and non-involvement in shaping the outcome (;).
I wonder if he’s got it wrong -without being naive – and considered as a premise of it? end in itself, the electoral process instead of all (and in any event at the expense of authenticity); Or maybe ……it?
3. The commissioner, an economist, appointed by the son of the Founder and a Prime minister who has moved the country to the IMF and the Troika, has revealed , much later, that he tried (as the French head of the IMF) to talk to him for the futile and dangerous venture.
But why not say so? Who was paying him a fat salary? Mr. FAF. or are we?
4. Recently, the former candidate for the leadership of the SOUTHWEST cauterizing the fiasco of the failure to hold elections for party leader, saying that it was a setup, sabotage. She added that in 2009, when she laid claim to the leadership made the same and worse (!…).
But he chose not to speak then, to avoid crashes or splits in the party.
I wanted to (the) ask the following:
-Won the citizens, the country, from the choice of that instead of her?
– What really matters to you? The truth, the awareness of citizens, the common interest or the (co -) cover Î±Î¸Î»Î¹Î¿Ï„Î®Ï„Ï‰Î½ (P.P If, in fact, happened);
PS For how many years will we live – we, the aborigines – the lie, the hypocrisy, misinformation , ignorance and ignoring of the Ï„Î±Î³Î¿ÏÏ‚ us?
What is the point – in this case – the appeal to our participation to the vote at the party or on – the – general the parliamentary elections?
What we serve you? Maybe as a pathetic alibi?