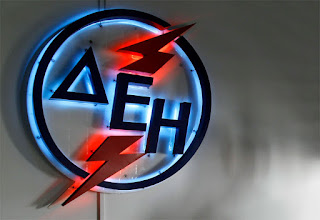 PPC: THE interruption of the general assembly endangers the public control of admie s. a
“Those who prevented the smooth functioning of the…
general assembly bear the full political responsibility, as well as endanger the prospect of staying of admie s. a in the control of the State,” says the PPC in a communication in which it expresses regret at the interruption of the assembly
“These actions affect the validity of the PPC and lay mines, the efforts of the administration for the management of extremely critical for the future of the company’s affairs”, also mentions the announcement.
As it adds the PPC, “does not go unnoticed by the position expressed lately by responsible trade union lips that compared to the alternatives drawn up by the administration â€“ imposed â€“ opening of the market is preferable to the sale of units”. The general assembly has been postponed for July 11.
Source