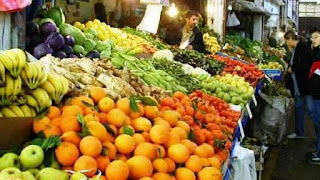 Chickens, cans of olive oil, pies, Î³Î±Î»Î±ÎºÏ„Î¿Î¼Ï€Î¿ÏÏÎµÎºÎ± and citrus are the types that one encounters in the outpatient department of Patras, as well as have to return to… barter economy.
And this is not a “got it” in public clinics, but how to return a number of times, in private clinics, when patients are unable to pay their doctor.
“They are unable to even pay the visit,” he said in the “tempo24.gr” a doctor describing what’s going on daily at his office that receives a large number of patients.
Three in ten patients, in accordance with the same, find it difficult to afford and because I don’t feel comfortable going to the doctor, without pay carry with them what everyone has.
“We get paid with pies and pastries” commented his colleague, clarifying however that no doctor denies that medical practice , due to non-payment of the patient.
The barter economy is gradually replacing the …sachets in public hospitals. Cans of olive oil, carcasses, fruits, vegetables, flowers and plants are some of the species that have replaced the “gift” to the doctor.
Source