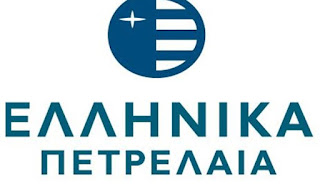 Driven by the fact that solidarity, humanity and mutual aid, there are no borders, HELLENIC PETROLEUM Group and the workers from the…
all of the countries where it operates, were particular to the construction of the Centre for Temporary Hosting of Refugees, which started its operation in the island of Chios, according to a company announcement.
A significant contribution of humanity and solidarity, the EL.IP provided the infrastructure and equipment for the best possible operation of the Centre, in the grounds of the former factory of Î’Î™Î‘Î›, in the village of Halkios in the Municipal Unit of ÎšÎ±Î¼Ï€Î¿Ï‡ÏŽÏÎ¿Ï…. The “HELPE VILLAGEâ€, has a capacity to house decently more than 1,100 refugees in the 75 bungalows, which have been converted in accordance with the required international specifications before being transported to the island.
The 67 houses have dorms, furniture and cooling systems â€“ heating, while covering a total area of 2.655 square meters.
Other 8 houses have been converted to sanitary facilities, which are fully equipped with sinks, basins and showers with hot water. Covering a total surface of 309 sq.m.
The area for each of the 35 large houses -dimensions 12,57 x 3,30 – 41,5 sq.m. and for the rest of the 40 -dimensional 9,70 plastic. x 3,10 height.- it’s 30 sq.m.
At the same time, were repaired and all damage to the building complex of the old factory of Î’Î™Î‘Î›, where we replaced the total of 756 square meters of broken glass by placing Ï€Î¿Î»Ï…ÎºÎ±ÏÎ¼Ï€Î¿Î½Î¹ÎºÏŽÎ½, transparent sheet.
For the completion of the Centre for Temporary Hosting of Refugees of Chios, there has been a cooperation of the EL.IP with the Ministries of National Defense and the Interior, while the work contributed to the Fire brigade and the Greek Army. In accordance with the plan, the refugees will remain in the “HotSpotâ€ for up to 72 hours for their identification, while the head of the Centre assumes an Officer in the Greek Army.
The island switches to the Monday delegation of EL.IP, led by Ceo Gregory Î£Ï„ÎµÏÎ³Î¹Î¿ÏÎ»Î·. The mission involved volunteers, who will then distribute them to the refugees 200 backpacks with items of personal hygiene and food. The effort for the creation of a Centre for Temporary Hospitality embraced from the first moment to the employees of the Group of HELLENIC PETROLEUM, which assemble emergency supplies and personal hygiene for the refugees.
The delegation of the ELPE will meet with representatives of Local Authorities and social actors of the island, and is expected to be announced actions in favour of the inhabitants of the island.
Source