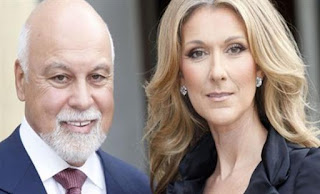 With a song called how we say goodbye Celine Dion… her husband, Rene Î‘Î½Ï„Î¶ÎµÎ»Î¯Î», the day of the funeral.
According to reports, the 47-year-old singer will perform one of the favorite tracks of Renee, who “left” last Thursday, at the age of 73, defeated by cancer.
However, a representative of the Celine categorically refuted the information above, adding that the singer and her family will mourn silently for their loss.
The funeral of Renee Î‘Î½Ï„Î¶ÎµÎ»Î¯Î» will be at noon Friday in basilica of Notre-Dame, in Montreal, the church where 21 years ago was his marriage to Celine Dion.
The body will be at the church by Thursday afternoon in order to allow the public to leave a flower, while the ÎµÎ¾ÏŽÎ´Î¹Î¿Ï‚ sequence is going to be televised.
One day after, the singer will say goodbye to his older brother, who died also of cancer, two days after her husband.