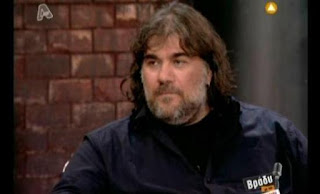 Dimitris Starovas gave a long ÏŒÎ»Î®Ï‚ of matter interview on the… “Thema People” and, among others, spoke on the Life of Demetrius, for the few extra pounds that has a relationship with food.
“There is fascism in the fat. I don’t do a lot of jokes about my weight. I’ve been saying for years to start a diet. Once I was 76 pounds. But, if you let me, I can live in the fridge. Yes, of course, my relationship with food is psychological in nature. I know why I eat. I’m self-destructive. I was saying in the 40 to come back. Now we will see the 50. Not arguing the small (p.p.: the daughter of). I believe that for everything that happens in our life we have the responsibility. Not someone else or something external. Of course, there is something that you can never figure out. Such as the crisis. I had a debt with a store that I opened once, in Thessaloniki, greece. Big whoop. Paid my debt. I can’t complain, I work. And I just said I’ll raise you quote us crisis hit. I wish I had solved the issues of livelihood. Only no radio show would do. The work is tiring man. All the crimes in the name of money committed. Fine is the barter economy, give me an egg and get a potato”, said the well-known musician, presenter and actor.