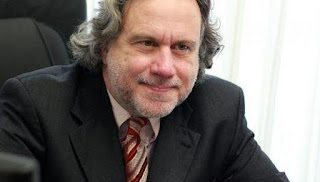 At the Maximos Mansion is already…
the minister of Labour, Social Security and Social Solidarity, Georgios Katrougalos, in order to take part in a mini-governmental meeting for the insurance of farmers.
The meeting will take place and the deputy minister of Finance Tryfon Alexiadis.
According to information, the ministry of Labour is directed to changes on the insurance reform for young farmers, and has been a matter of tax relief.
The set of ÎµÎºÎºÏÎµÎ¼Î¼ÏŽÎ½ issues, with a view to the imminent start of the first evaluation of the progress of the adjustment programme by the Institutions, are expected to be found today in the “microscope” of the Government Council on Economic Policy (ÎšÎ¥Î£ÎŸÎ™Î ), who sits at 3 under the vice-president of the government of Ioannis Dragasakis.
At the meeting, as stated in authoritative circles, would be considered progress on a range of issues, including the development law, and other open issues of the ministry of Economy, as well as other ministries.
Source