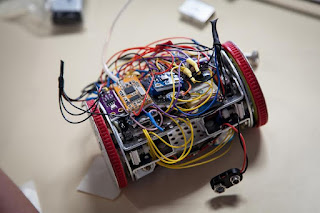 A few days ago, was held the contest 2016 European Cansat Competition organised by the European Space Agency (ESA). Fourteen teams from the elite schools of the countries that are officially members of the ESA, selected through national competitions or directly on the basis of the work submitted, gathered on the shores of the Atlantic ocean and, specifically, in the idyllic town of Santa Cruz of Portugal to take part in the most popular school contest ultra-high-tech.
The General high School, Gazi â€œDomenikos Theotokopoulosâ€, with the warm support of the school management, Municipality of Malevizi, Region of Crete, the Cultural Association and the association of Women Gazi, the associations of parents and guardians of the school and the high School of Gazi, the association of Parents, the airlines AEGEAN AIRLINES and TAP Air Portugal and many entrepreneurs as well as of the local society that embraced from the beginning the effort of the pupils was found in an environment of friendship, cooperation and solidarity with a shared love for science and technology.
The mission was attended by the students Î§ÏÎ¹ÏƒÏ„Î¿Ï†Î¿ÏÎ¬ÎºÎ· Maria, the leader of the group, Androulakis George, Î–Î±ÏŠÎ¼Î¬ÎºÎ·Ï‚ Theophilus, Athanasaki Artemis, Î§Î±ÏÎ¹Ï„Î¬ÎºÎ· Peace and Î£ÎºÏ…Î²Î±Î»Î¬ÎºÎ·Ï‚ Manos with co-teachers, the natural mr Î¤ÏƒÎ¿Ï…Ï„ÏƒÎ¿Ï…Î´Î¬ÎºÎ· Î‘ÏƒÏ„ÏÎ¹Î½ÏŒ, coordinator of the working, and also natural mr Î Î±Ï€Î±Î´Î¿Î¼Î±Î½Ï‰Î»Î¬ÎºÎ· Manolis, executive director, in the field of education of the Municipality of Malevizi.
The work of our students won the from the beginning impressions since it was based on a complete mission scenario small robot on a planet within our solar system in order to collect atmospheric and soil data to be proposed, then appropriate plants that will start the Î“ÎµÏ‰Ï€Î»Î±ÏƒÎ¯Î± in case of a future of colonization. The 509 pages of the final paper submitted to the ESA was based on a theoretical study and extensive experiments and tests while enlisted in the 6th place of the competition.
The Î¼Î¹ÎºÏÎ¿Î´Î¿ÏÏ…Ï†ÏŒÏÎ¿Ï‚ of the Greek team that was the most complicated of the competition, since he managed to fit 18 different sensors in the minimum volume of a box of soda, was the most Ï€Î¿Î»Ï…Ï†Ï‰Ï„Î¿Î³ÏÎ±Ï†Î·Î¼Î­Î½Î¿Ï‚ so by the official photographer of the ESA and from the other groups, while the parachute and the antenna constructed by the students impressed us with their excellent performance.
Unfortunately, a series of misfortunes during the initial test castings from small aircraft created problems in the electronic parts of the Î¼Î¹ÎºÏÎ¿Î´Î¿ÏÏ…Ï†ÏŒÏÎ¿Ï… that construction far exceeded even these very high requirements of the ESA and thus participated heavily wounded in the final phase of the competition and managed to collect all the required data.
In the last contributed to the relative unreliability of the components have to be supplied every time and always with great difficulty, the group of parallel markets because of capital controls in the country. In addition, the decision of the ESA to consolidate last-minute beginner’s class in which he competed for the DiaSat with this advanced consisted of experienced teams of top technical schools as well as the evident intention of the jury to opt for countries which already have a national competition, unfortunately deprived from the group of ÎšÏÎ·Ï„Î¹ÎºÏŒÏ€Î¿Ï…Î»Ï‰Î½ any possibility for discrimination.
Returning, the mission of the LYCEUM of Gazi may not be carried in the luggage of any of the prizes but apart from the amazing experience, he acquired an excellent friendship and cooperation with the Dutch team SPAICS in which he offered originally for help in some technical problems they were facing, and then borrowed the backup the parachute. Leader of the amazing group SPAICS of the school of the International Community of Amsterdam was also a Greek student Alexandra Beaner.
The excellent level, the fighting spirit and the perseverance of our students till the end not have escaped the attention of the winning team ENTA Team SAT 2 of the Portuguese, who invited the members of the DiaSat to participate as observers in the upcoming national competition, which will take place on the Islands of the Azores, while the representatives of the ESA urged the members of our team to give over the next few years interview for a scholarship in a European University and claim then a job in the Space Industry. 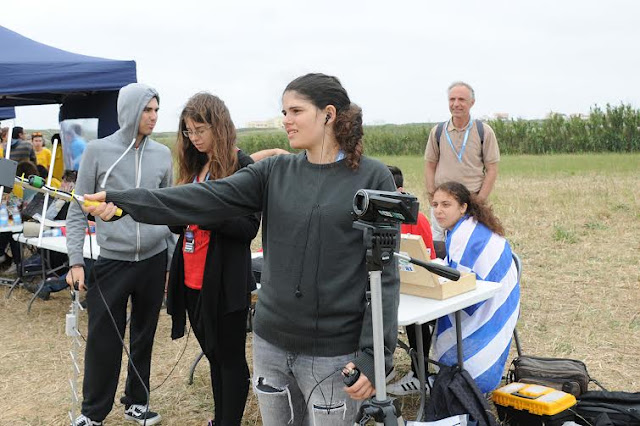 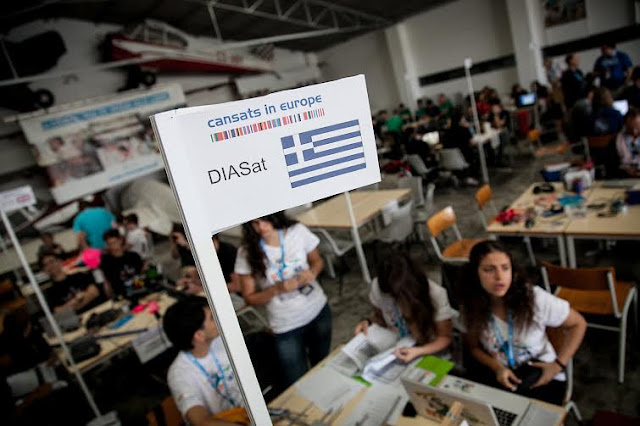 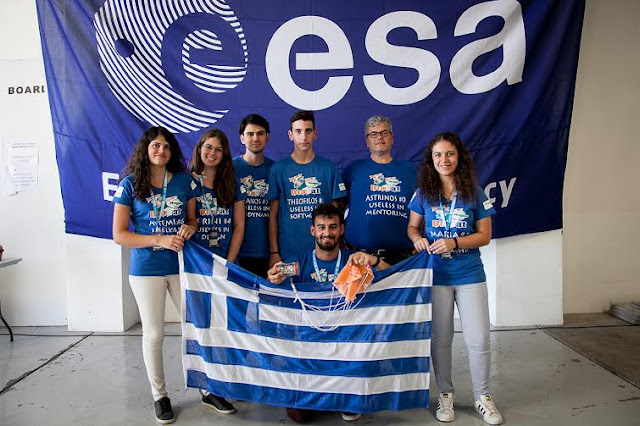