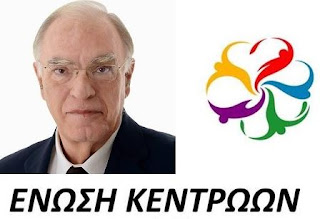 From the Union Of the issued the following announcement…
Took place yesterday in Athens, Friday, 12 February 2016, meet-and-greet between the President of the Union Of mr. Vassilis Leventis foundation and the Ambassador of the people’s Republic of China in Greece mr Joe Î£Î¹Î±Î¿Î»Î¯. The meeting was attended by the deputy Î‘Î‘Î¸Î·Î½ÏŽÎ½ of the Union Of mr. Marios Georgiades.
The meeting was held in a climate of excellent. The two men agreed that the two countries are strategic partners in all areas and the excellent relations should be further strengthened for the benefit of the two peoples.
The President of the Union Of the said that it fully supports chinese investment at Piraeus, and more generally in Greece as long as the Chinese to comply with its legal obligations.
He asked the ambassador to convey to his government the request of the Union Of the to continue China to help the Republic of Cyprus to the united nations and all its efforts for finding a just solution to the Cyprus problem. Also asked China to exert pressure on Skopje to change its constitutional name them so that it can not include the word Macedonia, a word that for three thousand years, belong to Greece and the Greek nation.
So the President of the Union Of the as and the Chinese ambassador promised each other to be in close contact and to be held, and other meetings.