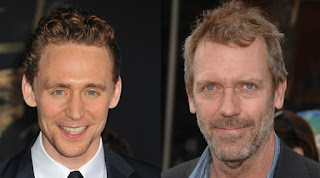 The film career of Tom Î§Î¯Î½Ï„Î»ÏƒÏ„Î¿Î½ go to ultra for the same, special thanks to…
the recognition earned from his role as Loki in the films Thor and the Avengers. Now, the 35-year-old English actor has decided to make a pass and from the small screen. More specifically, it’s about to star in a spy mini series of six episodes entitled â€œThe Night Managerâ€.
The new production will be screened on the BBC (Britain) and the AMC (USA) is based on the homonymous novel by John Le carrÃ©, one of the foremost contemporary English writers of espionage, who had indeed cooperation with the british secret services. Some of the most well-known films based on books is the Spy who came in from the cold”, “constant gardener,” “And the lot fell on Smiley” and the latest “The No. 1 wanted man”, starring prematurely lost Philip Seymour Hoffman.

The series tells the story of a former British soldier and now night manager of a hotel in Europe (Î§Î¯Î½Ï„Î»ÏƒÏ„Î¿Î½), who is recruited by the secret services to infiltrate the network of a trafficker of arms. Another surprise is hiding behind the name, who plays the villain: Hugh Laurie, also known as Dr House.
In accordance with the producer Stephen Garrett, the series will be essentially a thriller that focuses on the relationship between the two main heroes. The choice to eventually become â€œthe Night Managerâ€ series, and no film has to do with the inability to condense the story in the duration of a film. The series, which will premiere next April, was filmed in Britain, Switzerland, Morocco and Spain within 75 days.