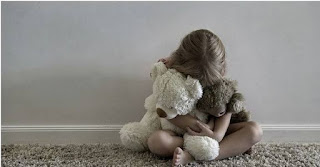 Refuses to cooperate with the Welfare Office and the Police…
According to the newspaper Liberal, the Welfare Office and the Police Directorate of Dhekelia is faced with an unprecedented for Cyprus incident, after the mother has abandoned the minor children of the ages 7, 10, 11, and 13 years of age and resides at unknown address.
The investigation of the case began when a British permanent resident of Cyprus met this woman and shocked with what he said, he decided to inform the competent authorities. The community in which ÎµÎºÏ„Ï…Î»Î¯ÏƒÎµÏ„Î±Î¹ the drama is located in the province of Famagusta within the British Bases.
The father of the children is for work in Africa to be able to pay the costs of children and is separated from his wife. The wife of a few days before his departure for Africa, he left the house, resides at an unknown address in Larnaca and stubbornly refuses to cooperate with Police and Office of Welfare.
The Welfare Office has delegated the protection of children to a family relative until to arrive the father of the minors, while there was a great response from the community and the Police at Dhekelia for the provision of material assistance to the children, as it was found, lived without a lot of necessary.
Source