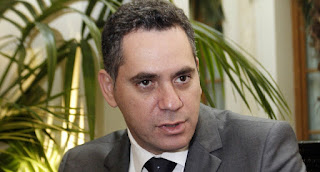 A year before the presidential elections of 2018, the president of DIKO, Nikolas Papadopoulos, started the campaign by unleashing a fierce attack against the manipulations of the president Anastasiades on the Cyprus issue and claimed that the only way to end this “failure”, as featured, strategy “is to change the present governance”.
In a speech to the Central Committee of DIKO, two days before the meeting of the National Council to discuss the Cyprus issue, Nicholas Papadopoulos sent the message to the rest of the parties of the intermediary space that “we must move together in order to present an alternative policy before the people”.
The presidential answer to the president of DIKO, in a written statement, deputy government spokesman Victoras Papadopoulos, in which it is stated: “mr. Nicholas Papadopoulos, and the small group of DIKO that surrounds it, rather than to care for the future generations of this place, is interested in the upcoming presidential Elections, the campaign for which began today with the unsupported criticism of the president of the Republic”.
Nicholas Papadopoulos accused president Anastasiades for “retractions and concessions in the course of the talks”. Also, he argued that “unfortunately, the Ï€ÎµÎ½Ï„Î±Î¼ÎµÏÎ®Ï‚ conference is the culmination of almost a ten-year policy Î±Ï€ÎµÎ½ÎµÏ‡Î¿Ï€Î¿Î¯Î·ÏƒÎ·Ï‚ of Turkey. Apart from the Î±Ï€ÎµÎ½ÎµÏ‡Î¿Ï€Î¿Î¯Î·ÏƒÎ· of Turkey, as a result, we are seeing an unprecedented upgrade of the occupied and the occupying leader, who for the first time he meets heads of state, invited to the White House and now the transition of foreign dignitaries at the “presidential” in the occupied territories is rule”.
The president of the DIKO went on the attack and the parties DISY and AKEL, which support the policy Anastasiades on the Cyprus issue. “We need a governance of the Centre that will give a new perspective to our people,” said Nicolas Papadopoulos.
The spokesman of DISY, the Forerunner Baptist, spoke of “a blurred pre-election campaign, launched by the President of the DIKO”.
Having started from now, a year ago, the election campaign, the president of the DIKO “combines the change in governance with the change of strategy on the Cyprus issue,” said mr. Baptist.
“What I guess trivia is proposing as a “new strategy” are tactical elements, which, at times, apply all the governments of Cyprus. If part of a new strategy will be not to negotiate and to deny and invitations of The.E., then mr To.Papadopoulos should have the courage to say it clearly,” concluded mr Baptist.