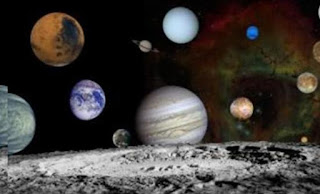 The solar system may also hosts a ninth planet, which is about 10 times bigger than the Earth and orbiting far beyond Neptune, which orbits the Sun at a distance of at least 4.5 billion km, according to a survey published today.
There are indications on the basis of the simulations made in the computer that the mysterious planet, which is called “9th planet” â€“if it existsâ€“ is in orbit about 20 times farther from the Sun compared with the Earth, argue astronomers in the Institute of Technology of California in Pasadena.
At the moment scientists have not observed directly the planet.
“It is quite an important part of our solar system that remains out there to find out, which is quite exciting,” noted astronomer Mike Brown in a statement.
The research is published in the weekly issue of the Astronomical Journal.