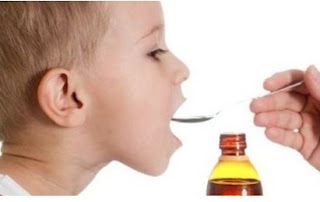 Increase show, especially during the summer months the cases of expression of staphylococcus aureus in young children…
causing disruption to both the parents and the little ones, who for some days suffering from the microbe of the skin.
The last time more and more often parents with their children, who have been infected by a staph infection visiting one of the public hospitals of the island, in order to request the diagnosis and treatment of doctors, who appear to be entirely reassuring about the bug and deal with it.
The cretapost spoke with experts, who have stressed this is not a worrying infection, is a common phenomenon, especially during the summer months and especially in young children, due to camp, bath, pool, direct contact with the environment, game in the country.
The same reported that until now there have been cases, but they’re waiting to see how the situation unfolds in the coming months.
What is the aureus
The staph (Staphylococcus) is a type of bacteria that can cause many kinds of infections in the body. It is a common bacteria found in the skin of most people and often do not cause any disease. More than 30 species of bacteria staphylococcus aureus cause infections, but the most common type of infection by staph infection caused by the bacterium Staphylococcus aureus.
Symptoms
The symptoms of staph of the skin include abscesses with pus, while the pain, swelling and redness in area of infection is quite common.
If the infection from a staph infection in the blood, according to experts, the symptoms include fever, chills, and low blood pressure (hypotension).
Address
As mentioned by experts, speaking at the cretapost, the treatment of staphylococcus aureus differs from case to case. According to them, the germ can’t spread, so you don’t need an antibiotic for the treatment of.
In these cases, the continuous local cleaning with antiseptic soap, will give a solution to the problem.
In a different case and when the pimples with the pus spread, you should, as you mention, to take an antibiotic medicine, which of course should be given by the specialist doctor.
Prevention
As reported by experts in the cretapost, parents should be particularly careful, especially during the summer months, when children come in contact with large surfaces with bare hands.
For this reason, it is advisable to seek the children to wash regularly during the day, their hands, in order to avoid the transfer of germs in different parts of the body.
Also wash very well fruits and vegetables, which are consumed in large quantities in the summer and in any case not to come in contact with people who have been infected or to share personal items.
Source