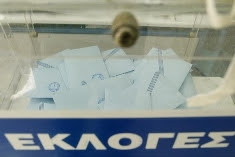 “Fires” lit in the parties and the members of the…
minister of Interior and Administrative Reconstruction Panagiotis ÎšÎ¿Ï…ÏÎ¿Ï…Î¼Ï€Î»Î®Ï‚, announcing sweeping changes in the electoral law.
Among other things, in a video interview for the ERT, mr. ÎšÎ¿Ï…ÏÎ¿Ï…Î¼Ï€Î»Î®Ï‚ announced that they will break all the large constituencies, not only the B’ Athens and added that in his personal view, “there should be no regions with more than 6 members”.
Featured the large regions as “the biggest incubators of corruption”. While he stressed that at the table of dialogue will be the theme of the appointments of members.
After the announcements ÎšÎ¿Ï…ÏÎ¿Ï…Î¼Ï€Î»Î®, everybody began to… searched for how I created the map of the regions across the country, if qualify these changes from the government.
The 55+1 constituencies (with the state) 10 of those â€“ the so-called “large” elect more than 6 members.
It’s about the regions:
A Athens â€“ Elect 14 members
Athens B â€“ Elect 44
Aetolia and Akarnania â€“ Elect 7
Attica (rest) â€“ Elects 15
A’ Thessaloniki â€“ Elect 16
B’ Thessaloniki â€“ Elect 9
B Piraeus â€“ Elect 8
Achaia â€“ Elect 8
Heraklion â€“ Elect 8
Larissa â€“ Elect 8
The government, therefore, warns that it will break the “monstrosity” of Athens B and other “abominations” of the previous electoral laws, which have been as a result of – for example – the second party, as is the SW today to elect a single member in counties such as Komotini or Xanthi.
At the same time, unrest prevails for the government’s intention to establish a limit on terms of office of the members. Thus, the staffs of the parties, as the current and aspiring candidates for mps of all parties are starting to do the planning.
Source