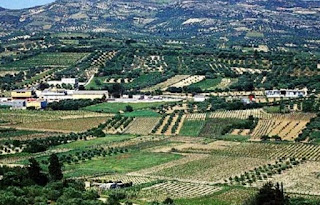 Shield of protection for the historic co-operative organisation, of which only the bank debts exceed 23 cm. euro…
The most historic co-operative organization of Crete and one of the oldest in the country, the NDP Pedestrians joined today in the scheme of article 99 starting a marathon resolution process with a view to preserve the same, and to ensure the dozens of creditors and the former and current employees.
The great part of the Union’s Case was that the bank debts of over 23 million euro, and are approximately three-quarters of the total debts.
The Union today, through the advocacy of Francis Lamprinou and Argyris Î‘ÏÎ³Ï…ÏÎ¹Î¬Î´Î·, presented a detailed resolution plan, 120 pages, which seeks long-term service to the bank of lending, so that – in accordance with the prediction â€“ to be able to proceed with the repayment of 100% of the debts.
In accordance with the plan – in which it is to be noted consented and employees, representatives of which attended the proceedings before the First Instance of Heraklion â€“ provided for the repayment, over time, the debt to the Public and the Banks, while due to their former and current employees will be paid in 24 installments.
The Court today issued a temporary order, creating a shield of protection for the Cooperative Organization that seeks essentially to “take the noose of bankruptcy by the neck”
Source