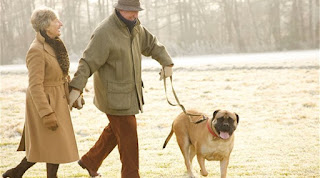 The life of up to 150 is no longer science fiction, but on the contrary, is” in the near future: our children will live, on average,…
up to 120, supported by the Nobel prize scientist Elizabeth Blackburn.
Dr. Blackburn was awarded by the Swedish academy in 2009 for her research on telomeres and the genetics of aging. He discovered that the telomeres, which protect the chromosomes and the DNA get shorter as we age, and this process is accelerating due to the stress. If we can, by using the enzyme telomerase to slow down or reverse this process, then we will extend directly life expectancy – something that has already been done in experiments in worms and flies.
“If you look at centenarians, you’ll see that they do not die from common illnesses, heart attacks, cancer, diabetes… Just the “betray” their body. It’s like the system doesn’t work anymore,” says dr. Blackburn.
It can, of course, the science is very close to the to extend human life, but human societies have a lot to discuss and settle the issue. First of all, the impact on the pension, says a study by the London Business School. Even if the average life expectancy is extended to 100, you will have to work until the 79 or the 82… It can also mean that you are forced to change jobs and careers two to three times during our working life, while the technology makes day-to-day jumps that you’ll need to watch.
And all this, without considering the environmental impact on the planet by population growth that will occur and while he already has been paid for by the effects of climate change.