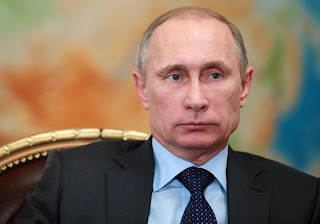 Russia has announced that it is ready to…
act as a mediator to help resolve the conflict between Iran and Saudi Arabia, reported today Russian news agencies, citing an anonymous Foreign ministry source.
“As friends we are ready to play, if requested, a mediation role for the settlement of existing disputes and any new arise between the two countries,” said the source, according to the agency RIA.
The source also stressed that Moscow expects from Saudi Arabia and Iran to continue to participate in the talks in Vienna to Syria.
The relations between Iran and Saudi Arabia have deteriorated after the execution in Saudi Arabia the shiite priest ÎÎ¹Î¼Ï al-ÎÎ¹Î¼Ï, a strong critic of the saudi monarchy, along with other 46 persons were convicted of terrorism.
Saudi Arabia broke off yesterday’s relations with Iran in response to attacks by demonstrators on the diplomatic missions of the two major cities of Iran, Tehran and Mashhad.