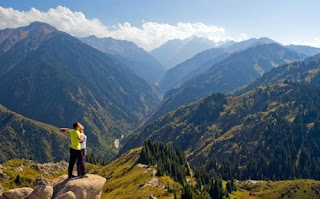 People can cope in the most adverse conditions, to overcome huge health problems, to do real tasks. All of this, if you have access to some crucial evidence…
For the survival of man, there is an informal law of 3. Three minutes without oxygen, three days without water, three weeks without food, they can cut the thread of life. However, it is not exactly so…
How long can we last without oxygen, water, food, sun or sleep?
Oxygen
The general rule applies, is that you don’t need in any case to hold one’s breath for more than 3 minutes. Or is at risk of serious brain damage. Of course, the resistance of a human can be increased with proper training. For example, the divers have the ability to withstand quite a bit more than 3 minutes under the water.
The world record for static apnea, held by StÃ©phane Mifsud from 2009, it’s 11 minutes and 35 seconds. Another interesting element around the apnea is that man, like all other mammals, for some mysterious reason has greater resistance when it is under water.
Water
Our body consists by two-thirds by water. Without this man it is impossible to survive for a long time. Just three days without water can cause huge health problems. However, it cannot calculate the exact duration that any man can be to survive without water.
Under good conditions a man can endure a week, or even more, without drinking a sip. On the other hand, if it is in adverse conditions water is needed even before the completion of a 24-hour period. For example, if someone is running under the light of the sun, produce almost half a litre of sweat in an hour. Stocks of so dries up much faster.
The record is believed to have Andreas Mihavecz, where at the age of 18 days he managed to survive for 18 days without a drop of water, when the people responsible in jail where was being held… they forgot.
Food
The limits of survival without food is even harder to identify, than those of water. People have practiced in starvation, since the most of mankind it was necessary for the hunt.
The body enters a horrible process when it lacks food. Uses glycogen from the liver and muscles to produce glucose. If the starvation continues, the body processes and consumes the reserves of fat and protein it has.
The only data that we have in this case is the hunger strikes. The largest recorded is that of the political prisoner Terence MacSwiney, who lasted 74 days without food before he died in the 1920’s.
Sun
Man can survive in complete darkness? The answer is “yes” and unfortunately, we know from a creepy story. A paranoid Russian holding for many years a group of kids in a basement. The more children, among which was a 19-year-old, had never seen the light of the sun.
As the levels of vitamin D replenished from other sources, in addition to the sunglasses, there is no risk for loss of life. What is greatly affected is serotonin, which disturbs the sleep and mood when he’s away from the body.
Sleep
The cases where people have died due to insomnia are very, very few. Usually, a man finds his way to… sleep, before it’s too late. In practice, it takes several months for the lack of sleep can lead to death. This can only be caused by a very rare brain injury (Fatal Familial Insomnia).
Randy Gardner has the record of insomnia, since 1965 at the age of 17 he managed to keep his eyes open for 11 straight days. Matter how hard he tries, though a man, in the end we sleep before he could hurt himself.
Source