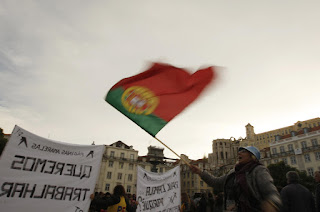 Writes a Spell
Every political system has its own electoral law…
The current electoral law has been a key tool for the survival of the political system of the ÎºÎ»ÎµÏ€Ï„Î¿ÎºÏÎ±Ï„Î¯Î±Ï‚, which led to the impoverishment of society and the subjugation of the country.
The simple analog may at first glance look like a satisfaction of a specific request of the Left, however, it is, however, a mature child of the emergency and of the times. It comes as a natural consequence after the collapse of the vicious Î´Î¹ÎºÎ¿Î¼Î¼Î±Ï„Î¹ÏƒÎ¼Î¿Ï that lead to Î¼Î¿Î½Î¿ÎºÎ¿Î¼Î¼Î±Ï„Î¹ÎºÎ­Ï‚ governments, altering the will of the Greek people.
The simple analog will impose the culture of the programme cooperation, the cross-party scrutiny and consultation, and will prevent the Î¿Î²Î¹Î´Î¹Î±ÎºÎ­Ï‚ transformations of the parties, depending on whether they are in government or opposition.
So, that explains the panicked reactions to the government proposal, the domestic Î´Î¹Î±Ï€Î»ÎµÎºÏŒÎ¼ÎµÎ½Î¿Ï… establishment and the party Ï€Î±ÏÎ±ÎºÎ¿Î»Î¿Ï…Î¸Î·Î¼Î¬Ï„Ï‰Î½, as well as feel the ground receding beneath their feet.
Need good pr, that incidentally serves and the unholy designs of ÎµÏ€Î¹ÎºÏ…ÏÎ¯Î±ÏÏ‡Ï‰Î½ for government grand coalition.
Moreover, take care about this, humiliating and pushing SYRIZA to the same frame with unspeakable predecessors.
The government will be asked to carry out a “mini evaluation”, in the midst of summer, and give a specific timetable for the implementation, by the end of August, the outstanding prerequisite, without which it is not going to be disbursed, the Ï…Ï€Î¿Î´ÏŒÏƒÎ· of 2.8 billion. euros, while in September, again at the end of the bathrooms of the people, it will request a new batch of “blood”, focusing on the work.
In this context, we must not pass unnoticed the news about the discussions that they had, on the margins of the NATO Summit in Warsaw, Oh. Tsipras, Italian prime minister Matteo Involved, French President Francois Hollande and Portuguese prime minister Antonio Costa, on the prospect of cooperation of the countries of the South and the progressive forces against austerity.
We hope that, Antonio Costa, has encouraged his counterparts to dare, as he, to stand up against the Berlin.
We note, because it’s in the small, that, the Portuguese minister for foreign affairs invited the ambassador of Germany, and handed a protest against the statements of Schaeuble, on the possible enforcement of a new Memorandum of understanding in Lisbon, because it has failed to fulfil its financial commitments, entering into an excessive deficit procedure…
And to think, the government in Portugal is not Left, centre-left!…