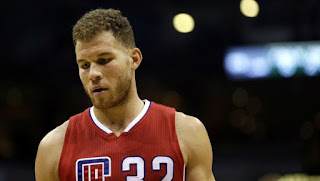 In arthroscopic surgery, cleaning in the right knee was submitted to Blake Griffin, who will stay 4-6 weeks apart…
action sports, as announced by the Los Angeles Clippers.
The 27-year-old forward, who last year lost the greater part of the season, initially due to a problem in the quadriceps and then because he broke his hand when he punched the caregiver of the group, started in a very dynamic this year in the NBA, having averaged 21,2 points, 8,8 rebounds and 4.7 assists.
According to the american Press, Griffin could continue to play while making conservative treatment, without surgery, but the doctors estimated that sooner or later the problem in his knee will affect his performance.
Given the injury history of the Griffin, the Clippers are not going to push his return, since their goal is to have him in the best possible condition towards the end of the year and, of course, in the playoffs.
Source: ana-MPA