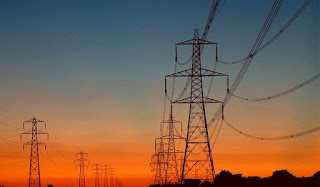 Next Monday will be decided by the General Assembly of the PPC, the secession of admie s. a in application of the Greek proposal…
who accepted the lenders. At the same time the largest enterprise of the country, sets movements of extraversion to strengthen its position.
The interruption of the General Assembly of the PPC last Thursday 30 June from 30 “activists” of the GENOP has created communication a some sense, but in reality did nothing more than bring to the surface the inability of the syndicate to submit credible alternative proposal on the further course of admie s. a.
And this is because, the proposal which was recommended and managed to impose on lenders the government ensures the public character of the company that manages the electricity networks, in contrast with the direction that was lined up with the basis of the previous law, for the sale of 66% of admie s. a.
The administration of PPC has reportedly “weighing” the data and proceeds with the General Assembly, which will resume Monday in the process of secession, being fully conscious of the fact that the failure of the country to comply with the timelines will reset the table for the divestment of 100% of Manager.
Not accidentally, the report of the administration on notice, according to which: “Those who prevented the smooth conduct of the General Assembly bear the full political responsibility as well as endanger the prospect of staying of admie s. a in the control of the State. And, of course, does not go unnoticed by the position expressed lately by responsible trade union lips that compared to the alternatives drawn up by the Administration â€“imposed – opening of the market is preferable to the sale of units”.
It should be noted, however, that the company has simultaneously planned a range of initiatives for the next period in order to compensate for the “default” upcoming losses from the changes in the electric landscape of the country. A central role in this effort has been the expansion in Albania.
The fact that this has been decided the establishment of a subsidiary in the neighboring country is typical of the importance given by the PPC to the concrete step of implementation of an “aggressive” policy that allegedly has been developed by the management of the company and is summarized in two axes: Firstly, extension of the activities in the internal market and secondly, expansion in foreign markets.
In this context, the PPC, in accordance always with what supports the administration, intends to participate and must be present in all the large energy projects that are in progress or will arise in the coming years. In particular, with the exception of Albania, among other things:
-It will look for partners in order to bid for the construction of the undersea connection of Crete with mainland Greece, which has launched the admie s. a (who is still under her control).
-You will proceed with the construction of RES projects for which it has licences, PPC Renewable, in the whole range of “green” technologies (wind, geothermal, biomass etc.).
I will try to be active in the markets of foreign countries such as Turkey, Egypt and Iran, at the level of studies, or maintenance of energy projects, to the extent that there has accumulated valuable experience of engineering.
-You will enter the rapidly growing market of the electric car, which it is estimated that it will have in the next few years and in our country a strong economic interest.
Source