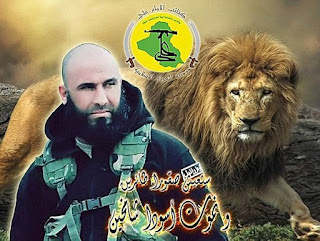 In the first line of the fighting in Iraq, re-emerged the great…
Abu Azrael, who is fighting the ISIS and states determined to “make dust” more jihadists.
Called the “father of the archangel of death” in Arabic and is the frontispiece of the brigade of Imam Ali, shiite armed organization of Iraq supported by Iran.
The man has been spotted in the ranks of the iraqi forces fighting to retake the city of Fallujah, which is in the Islamic State.
The fighter was filmed using a big machine gun near the town, which was hard by the iraqi government and paramilitary forces. 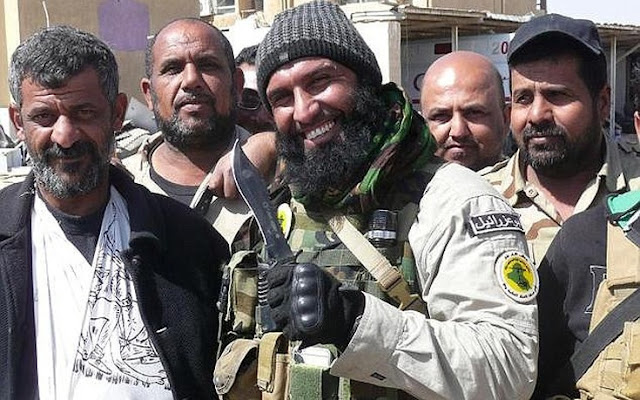 Abu Azrael appears to have left the famous axe, which is often carried on the battlefield. In other photos, brandished a large sword.
In addition to the pictures of the weapons, Abu Azrael seems to also like selfies and posted small video with him and his friends to relax after the battle.
Many stories have been heard on his past, and there are reports that he was once a champion of Iraq in Tae Kwon Do. Determined to defend his home and his country, Abu Azrael joined the organization of Imam Ali.