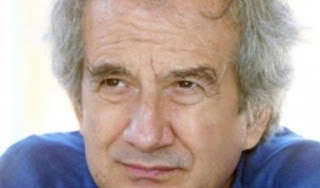 First appearance of santa Claus Î¤ÏƒÎ¹Î²Î¹Î»Î¯ÎºÎ± in the…
theatre was in 1965 in Nea Ionia. Two years later, the Karolos Koun invites him to the Theatre Art. In the early 70’s begins to deals with the inspection and in the middle of the prose.
The decade of the 70’s first appeared and at the cinema. The first movie I attended was my aunt the hippie of Alekos Î£Î±ÎºÎµÎ»Î»Î¬ÏÎ¹Î¿Ï….
Also appeared in the movies: The lord stationmaster (1972), The dude with the truck (1972) Rena is ‘offside” (1972), The trickster (1971), desperately seeking groom (1971), my aunt the hippie (1970).
Until the last time he was in the theater, in the show Life bike.
See one of the last interviews actor.