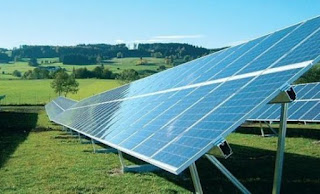 Researchers of the Laboratory of Organic Electronics at the… University of Linkoping in Sweden have developed a “power paper”: a new, innovative material with the impressive capacity to store energy.
This material consists of Î½Î±Î½Î¿ÎºÏ…Ï„Ï„Î±ÏÎ¯Î½Î· and a conductive polymer, and the results of the survey were published in Advanced Science. A sheet of 15 cm and a thickness of a few tenths of a millimeter can store energy 1 F, corresponding to a Ï…Ï€ÎµÏÏ€Ï…ÎºÎ½Ï‰Ï„Î® (supercapacitor) circulating in the trade. Also, this material can be recharged hundreds of times, and each charge requires just a few seconds.
“Thin sheets that serve as capacitors have been around for awhile. What we did is to produce the material in three dimensions. We can produce sheets with thickness,” says Xavier Crispin, professor of Organic Electronics and one of the authors of the publication. Among the other included researchers from the Royal Institute of Technology COV, the Technical University of Denmark and the University of Kentucky.
The material it looks and feels slightly plasticised paper, the researchers have demonstrated the durability of making “origami”. The basis of the structure of the Î½Î±Î½Î¿ÎºÏ…Ï„Ï„Î±ÏÎ¯Î½Î·, which in substance is cellulose fibres which, through high pressure water, they are broken down into fibers which may be of a diameter of 20 nanometers. With cellulose fibres in a water solution, is added to an electrically charged polymer (PEDOT: PSS), also in a solution of water. The polymer then coats the fibers.
The new material has achieved a record in terms of simultaneous conductivity for ions and electrons, which explains the large potential in terms of energy storage. At the same time, opens the door to further storage possibilities, while that produced from simple and harmless materials and are waterproof are important advantages.