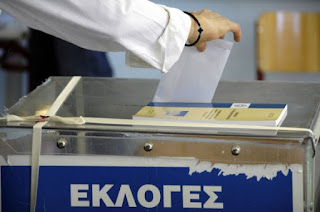 Reports indicate that prime minister Alexis Tsipras, will… announce an extraordinary election the next month, upon the suggestion of mr. Vernardaki.
The reasons that allegedly led to this decision are two:
Initially, probable cause, with regard to the rumors, is the impending creation of the party Yanis Varoufakis, while the second cause is the political plans of the new president of the SOUTHWEST, Kyriakos Mitsotakis.
Mr. Mitsotakis has a specific plan for the party and as he said “I ÎµÏ€Î±Î½Î±ÏƒÏ„ÎµÎ»ÎµÏ‡ÏŽÏƒÎ¿Ï…Î¼Îµ with a transparent and meritocratic way of a Î»Î¹Ï„ÏŒÏ„ÎµÏÎ· but effective structure in the SOUTHWEST.
At the same time we will start the campaign of financial support for the New Democracy with transparency, and as the law provides. The state grant will be allocated first to the repayment of our obligations to the workers of the party and to service our loans”.
Mr. Tsipras believes he has a serious chance of winning re-the policy of confrontation with the New Republic.Source