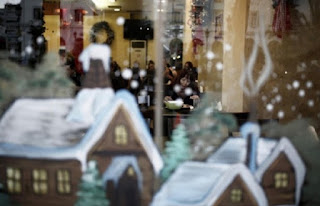 Under 4 billion. euro was formed, the turnover of December in retail stores, compared with 4.1 billion. euro 2015 and 6,43 billion. the ..
2009, in accordance with the first estimates of the Hellenic Confederation of Commerce and Entrepreneurship (ESEE).
The downturn is due mainly, to the plethora of tax liabilities, taxpayers had until the end of 2016, to pay:
The latest instalment of income tax
The second-to-last installment of the ENFIA
The end of traffic
The dose for the repayment of the arrears
The dose of the withholding taxes by companies
VAT and payroll tax
“The constant and unexpected demands that they raise on a regular basis the representatives of the lenders, holding open the second assessment at least until the end of January, in addition to the irritation that they cause on the market, contribute simultaneously to the creation of a climate of uncertainty, weak planning and continuous procrastination” pointed on, the president of the ESEE Vasilis Korkidis.
In the same, the ever-smaller festive turnover reflects the increasingly difficult conditions under which they have to survive businesses and households. “The adoption of the proposals that have been tabled in terms of productive players, it is the most realistic solution for the lifting of the deadlock and the return to normality” he hastened to add.
Source