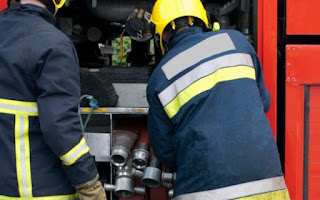 The intervention of the Fire brigade Service was a life-saver for the driver, who was trapped in the wreckage of his car when it veered off the road and overturned…
the side of the road. The incident unfolded yesterday afternoon on the way Î“ÎµÏÎ¬ÏƒÎ±Ï‚-Field.
According to a statement the Fire Service, at 05:30.m. Christmas day, received a message that in this way, private vehicle veered off the road, overturned on the side of the road and came to rest on a rock with the result that the driver be injured and trapped in the wreckage.
Responded to rescue and an hour later the situation was brought under control. The driver was freed using hydraulic rescue tools and transported with an ambulance of the Ministry of Health in the General Hospital of Limassol.