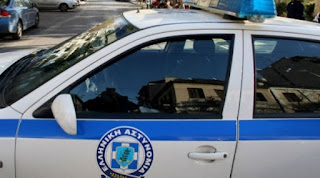 New items…
come to the light of publicity for the bloody attack inside the home of a four-man family in the Pigeon.
The sister of the 53Ï‡ÏÎ¿Î½Î¿Ï…, speaking of the ALPHA, among other things he said: “it Was a robbery for sure. It was someone familiar. From the people who know him. It was a friend. Can’t go to some stranger all of a sudden. Some punk friend. The money, 9,000 had for the sick child. He worked for the man, he was a family man…”.
The 28-year-old son of the couple must have seen the man who shot his parents from a distance of one meter in the head, with the result that she passed the woman and hospitalized in a serious condition man. But, he can’t help the officers by giving information that would aid the investigations, because of serious mental problems, which does not allow to have a coherent thought or image.
Psychiatrist EL.NES. rated the condition of the 28Ï‡ÏÎ¿Î½Î¿Ï… and ruled that he could not help the investigations. “We’re talking about a mind of a 5 year old in the body of a 28Ï‡ÏÎ¿Î½Î¿Ï… good giant who always had a mother, a guardian angel, for protection of himself and of those around him,” said officer. The prosecutor ordered the transfer of the 28Ï‡ÏÎ¿Î½Î¿Ï… in the Psychiatric Hospital of Dafni, where after examination it was decided that the internment of the.