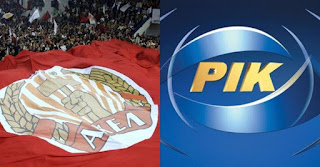 New announcement in RICK’s adopted AKEL, who insists that…
produced and broadcasted false news, in relation to the case of the Focus.
The communication, which we quote verbatim, reads :
“We have a strong dislike of the way in which the Cyprus broadcasting corporation chose to present the news related to the communist party AKEL, in connection with the case of Focus. The News reports that followed the press conference by the Attorney General for the financing of the Focus, the RICK broadcast falsely that AKEL has benefited from 880 thousand euro from the Focus.
In the statement of the Attorney General, which was broadcast live from RICK a few minutes ago stated that “in the secured documents and in the received from Greece deposits, not mentioned anything about a person or faction or political party for whose benefit they were issued the tickets”. By extension, the news that RICK relay is not only a distortion but also a false news.
We are obliged to study the possibility of recourse to justice to defend the truth and an ethics update.”
Source