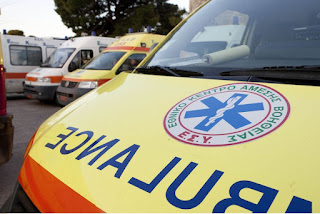 â€œDrunkâ€ drunk, run out into the main streets of Heraklion, a young woman, in order to escape from their rescuers…
AMBULANCE.
The incident caused disruption in the centre of the city, as well as unsuspecting citizens who have made the walk to the market, they saw a woman running away from rescue workers, and police officers.
The young woman, which previously had consumed a large amount of alcohol, has been identified by ambulance or EMS, with rescuers rushing to help.
The same but only in the view of the rescuers started to run in the center of the city.
Directly to the point ran, and police officers, who were alerted, but eventually the drunk woman was just… poof.
Source