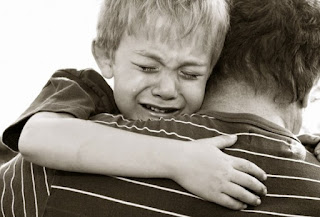 The incident has upset the school, as the raging father of the student who spoke to the parents about that happening to him, when he found out that…
it would be difficult to make sense of the issue, he got angry in class and hit the arm of the chair!
Man of the school, spoke to a reporter of the “World” she pleaded but not published any item that could be “targeting” either one or the other child, something which, of course, and the newspaper wouldn’t do!
The child initially confided to his parents that the classmate of the pull, the push and convince other kids to have him in “solitary confinement”! Each day the child was “Î´Î±ÎºÏ„Ï…Î»Î¿Î´ÎµÎ¹ÎºÏ„Î¿ÏÎ¼ÎµÎ½Î¿”, while many times the damned thing already!
The father initially wasn’t worried, thought it was normal to be created such situations in the school courtyard, but then when the kid told him “I don’t want to go back to school” things got a bit serious. After many discussions the father contacted school counselor.
The parents of the other child I don’t consider that their son shall bullyingÎºÎ±Î¹ replied the father, “the kid is a leader, that’s why his friends follow him”!
The issue was supposed to come yesterday and in the meeting of the Association of Parents of the School.
Source