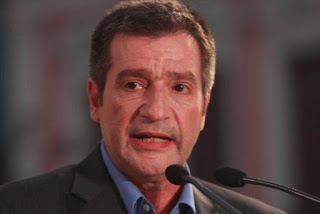 The If. Minister of Economy, Development and Tourism, mrs. Elena Kountoura met with the Mayor of Athens, mr. George ÎšÎ±Î¼Î¯Î½Î·, and agreed to strengthen the …
cooperation of the Ministry and of the Municipality for tourism development of Athens and the promotion of the destination abroad.
At the meeting held on 14 October, was attended by the President of the Company’s Development and Tourist Promotion of Athens, EATA, mrs. Maria Logothetis, Chief executive officer, mr. Alexis Galinos.
The If. Minister informed the Mayor and the management of the EATA for the upward trend of Greek tourism in 2016 and for the dynamic development of tourism in Athens. Discussed the positive prospects for 2017, implementation of the strategic directions of the national tourism policy and the undertaking of joint actions in this direction.
In the framework of cooperation the Ministry has established with the Regions and the local government, mrs. Kountoura discussed with mr ÎšÎ±Î¼Î¯Î½Î· cooperation in the single view of the tourist destination in target markets through the central coordinating role of the Ministry and with the joint implementation and support of promotional activities abroad.
The objective is the strengthening of the image of Athens as an attractive destination for tourism 365 days of the year and, in this context, emphasis will be on targeted advertising and promotion of city break, with a focus on the promotion of its historical and cultural identity of the city.
Also, discussed the use of programs of the NSRF projects to upgrade the city image, and enhance the competitiveness of the tourism product.