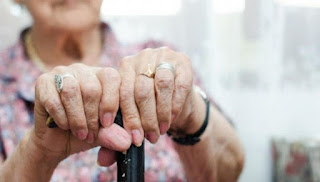 The economies of a…
life gave an old woman in order to “save” her daughter.
Yesterday at 1:30 in the afternoon they called in a 91Ï‡ÏÎ¿Î½Î· Î›Î±Î¼Î¹ÏŽÏ„Î¹ÏƒÏƒÎ± and unfortunately, the crooks have succeeded, and they got from the grandmother of 26,000 euros.
“I am a Syrian refugee and the daughter dragged and killed by car the small child. Give me that money you have to take the dead child and to go back and not go to the police and jail your daughter….”, he said the impostor, while at the same time that the “daughter” could be heard from the depth of the line to call to help her mother.
Unfortunately, the Ï…Ï€ÎµÏÎ®Î»Î¹ÎºÎ·’s so upset, that not only hasn’t called her daughter to check, but in a few minutes give 26.000 euro was at home on the accomplice of the crook who had arrived out of the house.
It is worth noting that the cases in the area of Lamia in the last few days is too much, and unfortunately, despite constant updates from the police, but the mounts and disclosures by the local MEDIA, there are elderly citizens who fall into the trap of the rogue, with centre Bulgaria “hit” in different areas of Greece.