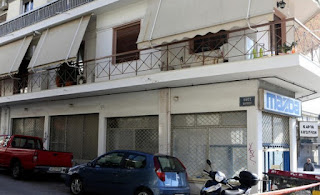 “From the evidence, that the two masked men entered the home of a four-family in Pigeon… they knew the victims”.
“The investigations have focused on the friendly and professional environment 53Ï‡ÏÎ¿Î½Î¿Ï… builder and especially to his fellow countrymen from Albania, (during the invasion they were shouting in Albanian, the money, the money) with whom he had worked previously. The amount of about â‚¬ 9,000, was hidden in the kitchen so I didn’t found the killers, who apparently were motivated by robbery.
But there are still unanswered questions in the case, such as why they shot the couple in the head, but that broke into his house in the morning, since there are no signs of forced entry on the door. Shell casings were not found at the murder site, which means either that they have the perpetrators, or that they shot the couple with a revolver”.
These are the considerations of officer safety in the Newsbomb.gr for the home invasion in Pigeon, who was as a result of the cold-blooded murder of his 50 years of Albania and the injury of her husband, who is clinging to life in intensive care at the hospital.
The police have not yet managed to get a statement from the children of the couple who were eyewitnesses of the murderous attack, as the 28-year-old son is facing a serious health problem, while the 18-year-old daughter, which came out of her room and saw the hooded perpetrators, has undergone a shock. The police are looking for fingerprints and DNA of the killer in the victims ‘ house, while we will consider and the phones of the couple, according to information the bell was broken, and whoever was visiting, called them first on the phone to open the door. As they say, however, officers handling the case – thriller, the killers may was shot in the head in the couple, because they had to identify them, and so I had to shut them up forever…
Source