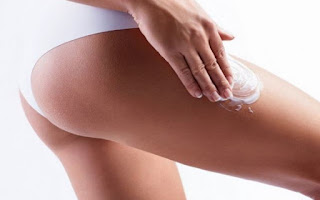 When we ask the question â€œwhere it stores toxins in the bodyâ€? The answer is: the fat. So in simple words it is created cellulite…
Therefore, in order to get rid of the annoying cellulite, it is important to remove the toxins that accumulate in our body. If we do nothing, the storage of toxins will increase, making the cellulite more pronounced with the passage of time.
Cinnamon is one of the most popular spices because of the high content of antioxidants. The connection between the reduction of cellulite and the cinnamon is a very reasonable basis. Cellulite is associated with poor blood circulation, and cinnamon improves the circulation in the body.
Body cream for cellulite
Cinnamon is rich in minerals, such as iron, calcium and magnesium, which help to keep your skin healthy. In addition, because the cinnamon improves local blood circulation, contributes to a better distribution of cellulite.
All these make it an ideal material for a body cream aimed at the fight against cellulite. See how you can make a body cream…
Ingredients:
You can mix and match what you like the most and leave either the Shea or cocoa (but only one!) out of the mix, and you can also leave out the vitamin E if you want, but the other ingredients are pretty much necessary.
100 grams of coconut oil
50 grams cocoa butter
50 grams shea butter
1 tablespoon of oil vitamin E
30 drops oil of cinnamon
A whole stick of cinnamon (crushed)
Instructions:
On low heat, warm up lightly on the cocoa butter and the Shea Butter to liquefy.
Stir slowly and gradually add the coconut oil and mix another for about a minute. Then turn off the heat and let the mixture cool for 10 – 20 minutes. Don’t let to cool completely and thicken!
From the moment it begins to cool, add the oil, cinnamon oil and vitamin E.
Now, whisk the mixture until it becomes light and fluffy. Add the crushed stick of cinnamon to the mixture.
Place in an airtight container, otherwise it will lose its consistency.
Use the body butter generously, and apply up to three times a day. You will see some good results after about a month of regular use.
In addition, the massage the area of cellulite helps increase blood flow.