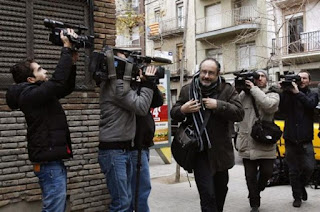 New recourse to the polls is waiting for the Catalans after the refusal of… small Î±Î½Ï„Î¹ÎºÎ±Ï€Î¹Ï„Î±Î»Î¹ÏƒÏ„Î¹ÎºÎ¿Ï party Candidacy of Popular Unity (CUP) to support the formation of a government under president Arthur Us in order to proceed directly to the plan in favour of independence.
The refusal of Arthur to Us by the delegates of the radical left-wing party in the vote that was conducted on Sunday, leading to dissolution of the Catalan Parliament and call elections in March.
The Catalan president leading the campaign for the independence of Catalonia. The CUP is also in favour of independence, but the political and ideological differences with him, Arthur is huge and eventually blocked the road to support the last one he needed in order to be able to form a new government.
The polls of September the alliance of parties under the Us Junts pel Si (for Yes) brought together 62 of the 135 seats in the local Parliament. The CUP won ten seats and became the regulator of the developments in Catalonia.
After the failure of Arthur to take a vote of confidence, the alliance Junts per Si complained to the CUP with a new “draft agreement”, with the hope to be accepted.
The plan-“the last sentence” he had a social character by providing for “freezing” of the evictions, pack of 270 million. euro for economically disadvantaged, but also “freezing” investment projects, such as the casino in Tarragona.
Indicative of the division within the CUP is the tie that “came out” in the first vote last Sunday. The participants of the party were asked to vote today, with the result puts again in the Catalonia in the orbit of early elections -the fact that Spain is in the midst of post-election stalemate after the ballot as of 20 December.