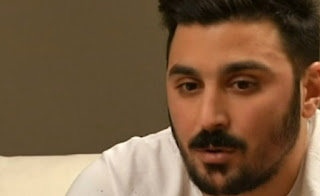 His brother Pantelis Pantelidis…
Triantafyllos, talks about his brother’s death that shocked fans everywhere on the Adonis Show, and the show “Autopsy”.
Triantafyllos Pantelides, on the one year anniversary of the death of the well-known performer, speaks on behalf of his family about the case that still has not been solved by the authorities. “The one time I have let bitterness and the pain didn’t go through. But I would like to thank the people who daily sustains us and helps us without any kind of profit from their side,” said the brother of the deceased musician.
“Every man identified with him Completely and feel that he embodied a friend, relative, etc. Identify with the fact that a child simple from a poor neighborhood like this in New Ionia, without knocking on doors managed to make it to the top,” were the words of T. Sade, on the relationship of his brother with his fans and to the world.
Mr. Pantelidis talked about the mystery that ultimately surrounds the circumstances of the death of the well-known artist. “The only thing we want is for the truth to come out. I believe that there is justice, in accordance with the information of leading scientists all show how the Total was in the passenger seat and wait for everyone to do their job”. While he was “the truth must come out for justice for my brother’s soul and he is calm”.
End Triantafyllos Pantelidis has been mentioned in the continuation of the charity project initiated by the artist with the creation of an institution where people can receive help in order to “make their dream a reality”, as he stressed.