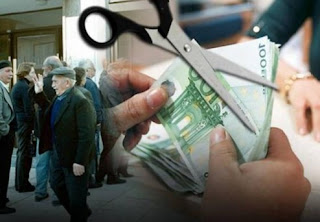 Shock for the government as well as the institutions seek reductions â€“ even drastic â€“ the main pensions…
The time that the prime Minister Alexis Tsipras was in Davos and spoke with Christine Lagarde and other institutional factors, executives of the ministry of Labour had a conference call with the technical teams of the institutions for the insurance bill.
As reported sources of the ministry of institutions “are demanding drastic cuts in the main pensions”. But not only there. In addition to the reductions, the representatives of the institutions, expressed openly and their disagreements about the replacement rates included in the proposal of the government for insurance reform, which they perceive as particularly high.
At the same time, they asked the executives of the ministry for clarifications on several points of the bill as well as data for the national pension.
All this while next Tuesday at 18:30 Alexis Tsipras caused a pre-agenda debate in Parliament for the insurance.